Demoiselle 2 Femme (D2F) was founded in December 1994, by Sherida Morrison and Romanetha Looper at Faith Temple Church of God in Christ in Chicago. The program was developed to address personal and social problems of teen girls in the Englewood community and provide them with positive role models that would assist them in becoming successful young women. Armed with an annual church budget of $500, D2F operated as a self-sustained program for several years through the commitment of a few community partners and a host of dedicated women who serve as Femme mentors. 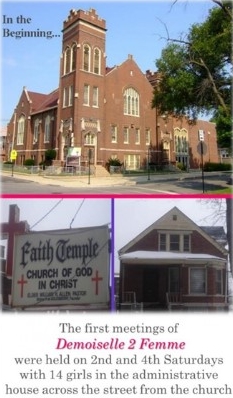 In 1997, Demoiselle 2 Femme developed a partnership with the Family Centered Educational Agency (FCEA) located in the south suburbs of Chicago and was adopted as its prevention education program for high school girls.  In 1998, this partnership proved to be successful when FCEA was awarded a grant from the Illinois Department of Human Services.  This grant allowed D2F the opportunity to transcend the walls of the church and expanded its presence to the south suburban community by operating an after-school program for girls in School District 205 which serves Thornton, Thornridge and Thornwood High Schools. By the year 2000, the program received its first federal grant which allowed D2 to further expand its presence and increase the target number of girls served annually from 50 to 100. 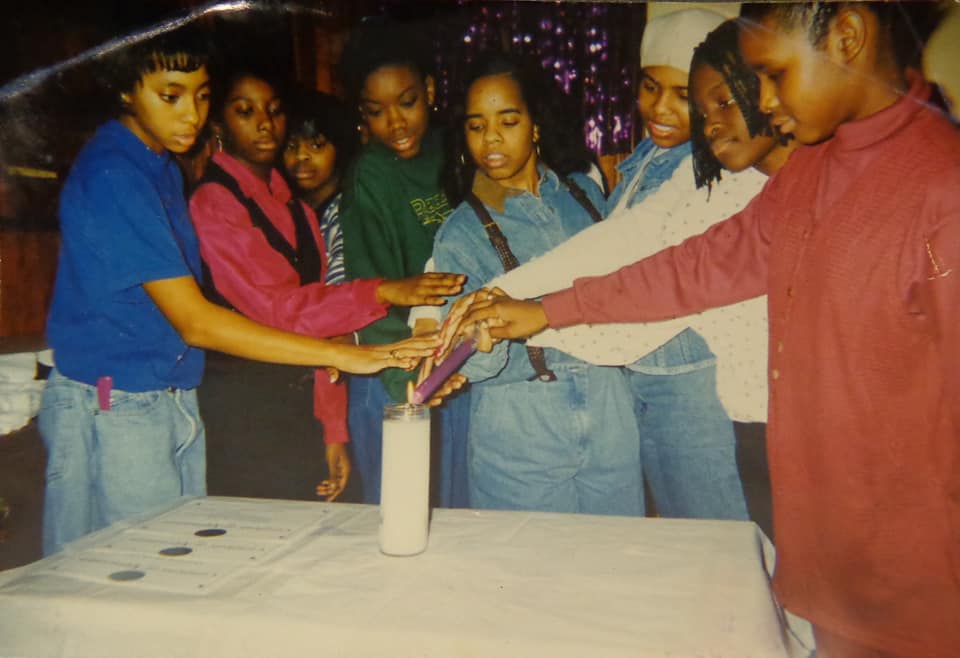 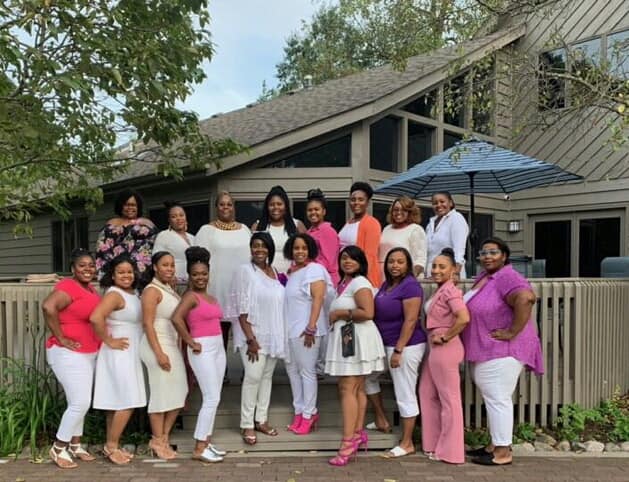 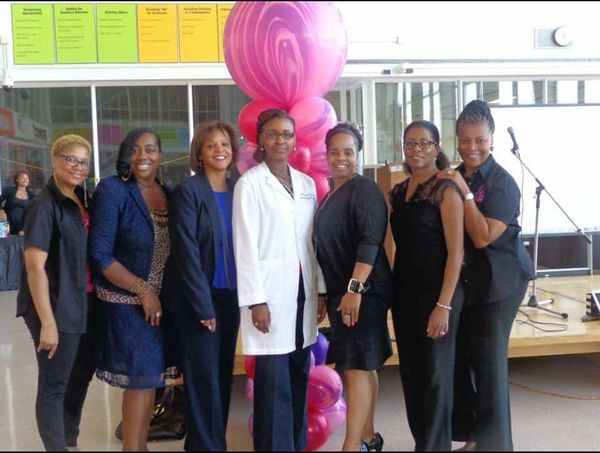 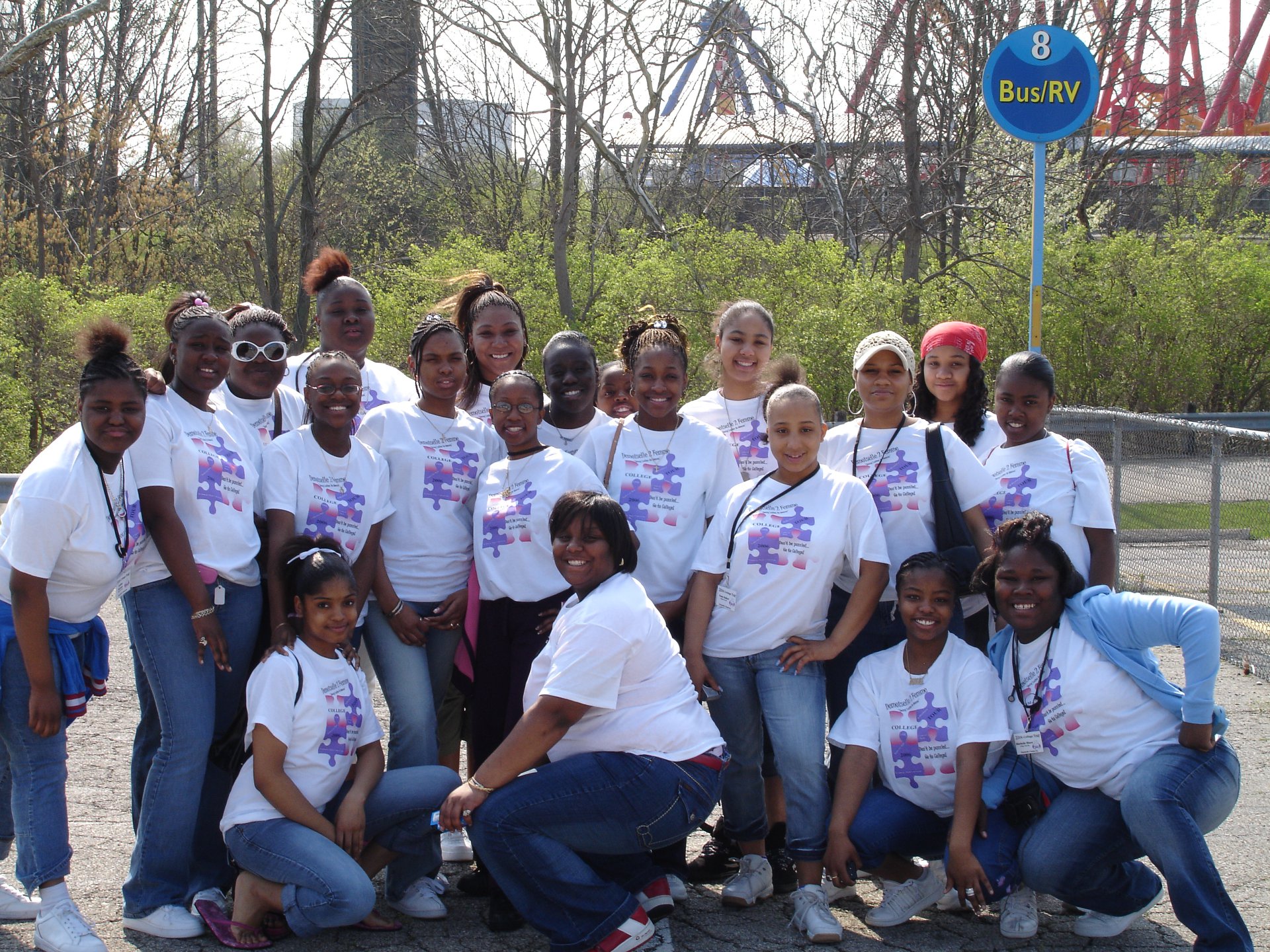 In October 2004, Demoiselle 2 Femme spread its wings and soared to new heights by obtaining 501-(c)-(3) status and becoming a nonprofit organization, Demoiselle 2 Femme, NFP – with Sherida V. Morrison serving as the first President and Chief Executive Officer. This move of faith allowed D2F to implement holistic youth development programming in 14 Chicagoland high schools and two community-based sites-serving over 7,000 girls, create a network of partners and coalitions; conduct and publish research evaluation; train professionals from various organizations in the 3-D Curriculum (an evidence-based curriculum developed by D2F); successfully manage over 13 million dollars in federal, state, county and private funding; and prepare the next generation of women leaders.  Throughout the country D2F has been recognized as a national model for gender-specific and responsive programming to girls and has presented research on girls at national conferences across the country.

D2F has offered a myriad of programs which include: the D2F Signature Program, G-WAVE, Femme 2 STEM, the Leadership College, T3– (Transition, Transform, Transcend), Money Smart Girls, College Connection, D2F PHIT, D2F Power Lunch, Parent School for Success, Bodyguard/Dads, and a host of community initiatives. In addition to marketplace programming, a major focus for D2F has been sharing the Gospel of Jesus Christ to teen girls through annual citywide lock-ins attended by over 300 girls, “Friday Night Live” engaging Bible study events (in partnership with the Ray and Joan Kroc Center), and the “Hope Sunday for Girls” live stream. The work of D2F has been featured in the Chicago Tribune, Sun-Times, Chicago Defender, the STAR Newspaper, N’DIGO, ABC 7 News, ABC Heart and Soul, Fox Morning News and Ebony Magazine. D2F and its leadership have also received over 50 awards, commendations and acknowledgements from faith and community-based organizations, universities, public officials, civic leaders, corporations, sororities, and community foundations.

In 2015, D2F received our founding location as a donation from Faith Temple COGIC. After acquiring $79,000 in monetary donations and appliances, D2F renovated the property and renamed it the Theace Goldsberry Community House to honor the legacy of the wife of the late Bishop H.W. Goldsberry, founder of Faith Temple COGIC. D2F quickly occupied the space, took on the role of an “organizational resident” and supported residents to create the South Englewood Community Action Group (SECAG). SECAG has implemented several community-based initiatives which include Playstreets, Annual Back to School Fest, food drives and give-aways, and is currently working on a social and economic development plan for the south corridor of Englewood.

D2F is the convening organization for the Chicago Coalition on Urban Girls – (formerly the South Side Coalition on Urban Girls) and Partnership for a Better Roseland (in collaboration with the late Dr. Virginia Bishop of Northwestern University). D2F also convened the 40 Under 40 Young Women’s Professional League, and in 2017 established the HOPE Network of Schools to address gender gaps in STEM, cultivate academic excellence, leadership, and 21st Century learning skills among girls and young women.  The Network will open the Katherine G. Johnson S.T.E.A.M. (STEM+ARTS) School for Girls, in fall 2023 as the first, K-8, STEAM school for girls in the country.

The success of D2F is represented in the number of alumna on college campuses across the country as well as those leading in their fields as doctors, nurses, educators, IT specialists, attorneys, accountants, nonprofit leaders, corporate executives, philanthropists, and a host of other professions.  The longitudinal commitment of D2F programming creates long-term relationships with program participants and families that have continued for nearly 30 years. That commitment is reflected by supporting over 1,000 girls to become first-generation college graduates and awarding over $56,000 in academic scholarships. 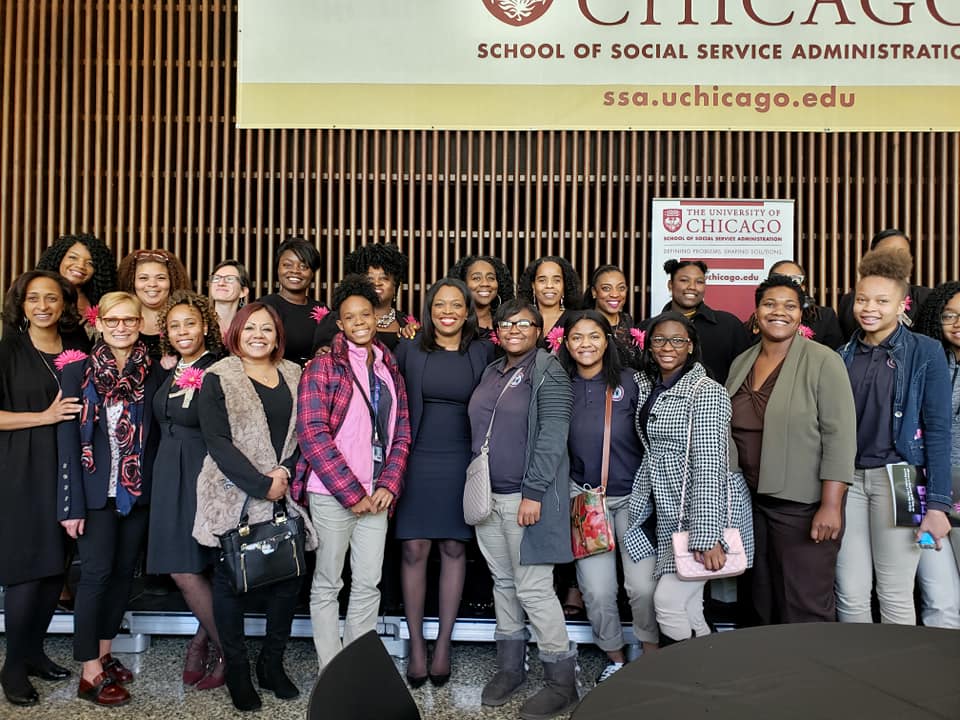 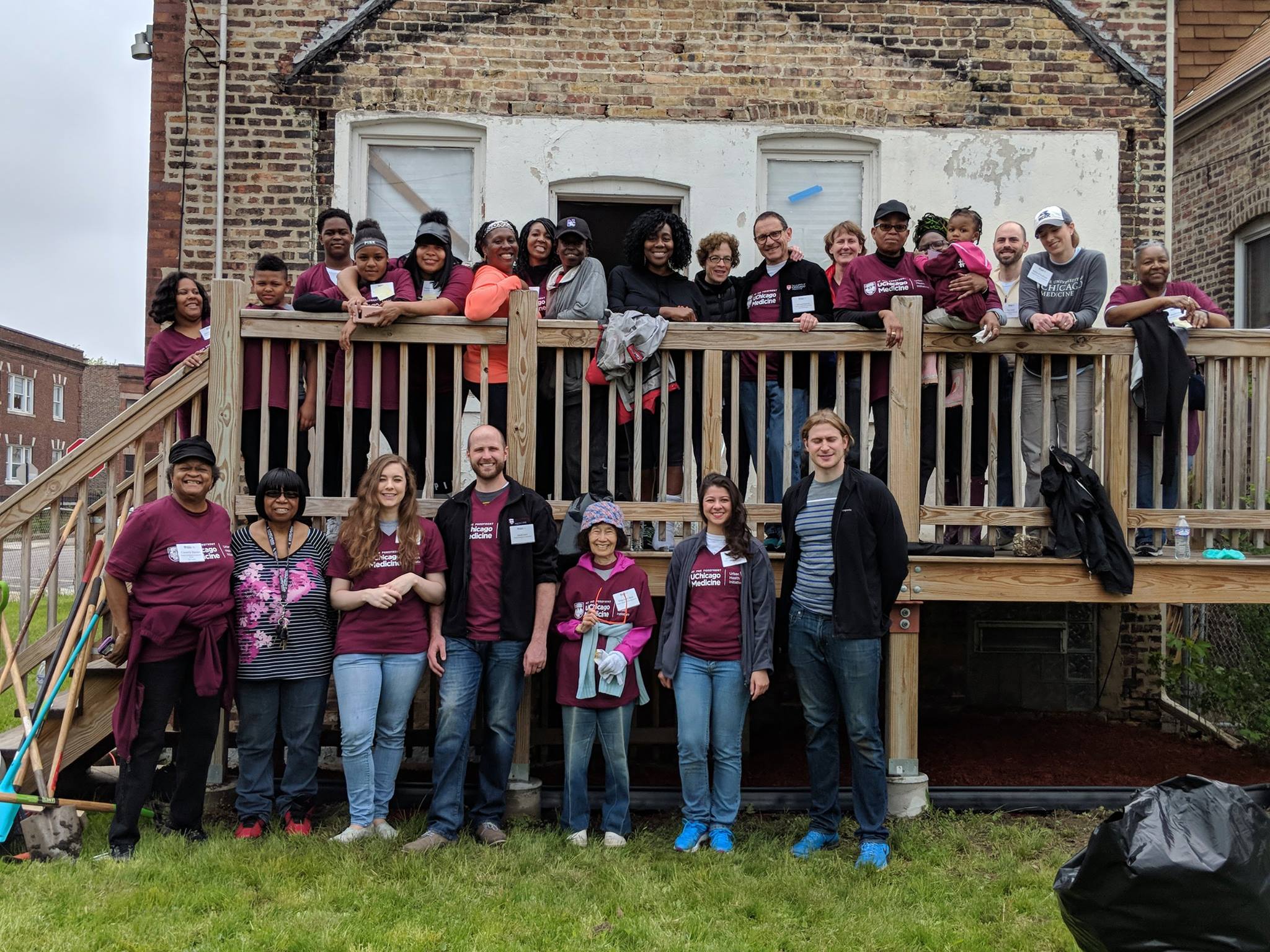 In 2018, D2F was invited to receive capacity building support from the McCormick Foundation which included an organizational assessment. At that time D2F was seeking God for its’ next phase of organizational existence and was not surprised when the assessment revealed it had reached a pinnacle, the “Renewal ___ stage.” This confirmed what D2F had already discerned, and as a result after 20 years of providing school-based services, D2F transitioned out of afterschool programming and began the journey of reimagining and exploring opportunities for national and global expansion. The mission of our growth is to raise up a generation of audacious, Christian young women who are social influencers and world changers. Armed with a goal of establishing 100 chapters by 2024, D2F partnered with Revival Center Church in Chicago to launch a small pilot group before executing its full expansion plan in fall 2022. The first members were inducted as trailblazers in the Alpha Chapter of Demoiselle 2 Femme, NFP on December 2nd, 2021 – eight days before D2F celebrated its 27th Anniversary! As Alpha represents “the beginning,” we celebrate the new beginning D2F is cultivating for girls and our work.  D2F is committed to providing young ladies with a life changing experience that will prepare them for life today and a future tomorrow. Our expansion and positive contributions as an organizational agent of change cause us to believe that the only limitation to the future of D2F is the sky … to God be the Glory!