WVON Radio Gives Our GWave Girls A Lesson on History, Media, and How to be Successful 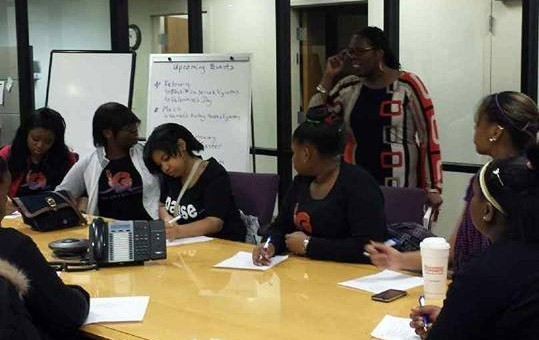 How did girls from G-WAVE (Girls With A Voice Empowered) spend their President’s Day holiday? Being Empowered! Daveda Flute shared with participants the history of WVON and its significance in the African American experience.

For 50 years, WVON has been and remains the drum major for the African-American community of Chicago. It continues to provide a platform on which Black Chicago can air its concerns, voice its differences, and discuss the issues that affect our society. From “The Voice of the Negro” to “The Voice of the Nation”, WVON has carved a special niche in the history of broadcast. 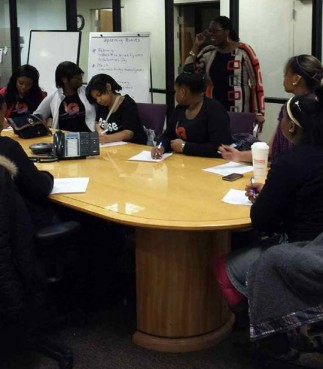 broadcast market in the country. She joined an elite list of female broadcast owners in 1999 when she purchased the company’s controlling interest. 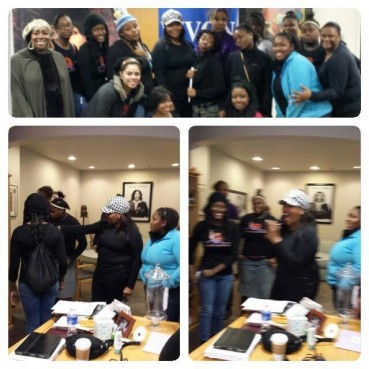 During her chat with the girls, Ms. Spann-Cooper shared with them gems of wisdom she would say to her 16-year old self. She started by reminding them that all their friends cannot go where they are headed in life. Most of the people they see now are only meant to be around for a season. She also advised them not to get caught up in what’s happening on the block. If you know where you’re headed, you don’t have to time to be concerned with who shot John or the latest hood beef.

Ms. Spann-Cooper further admonished the girls to appreciate the wisdom that parents, adults, and mentors give. As teenagers they may not always understand it but later on in life they will thank them for it. She mentioned how her dad, Pervis Spann (one of the founding WVON radio personalities), would often make her come to the studio with him on Saturdays instead of hanging out at parties or with friends. Back then she hated it but now she is thankful because it groomed and prepared her to be where she is today.

Last, she ended her chat with encouraging the girls to never be afraid to go after their dreams. If there are people in the field they are interested in, contact them. Many career veterans love to assistant up and coming young professionals but you won’t know unless you pursue them. She told them to be relentless and never give up!

The day ended with our GWave girls recorded their own commercial at WVON studio. Take a listen below.